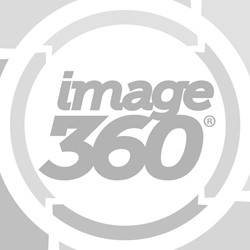 As co-owner of the Brentwood, Tennessee location of Image360, Mark “wears many hats” in his responsibility of overseeing the daily operation of the business. But no matter how many directions he may go in a given day, Mark never loses sight of his main focus: delivering excellent customer service and quality of work. It’s an approach he adopted during the 15 years he worked in the health care industry and one he has carried forward since he and his wife, Tracey, opened their Image360 business in 2005. Mark’s work has resulted in several individual awards for outstanding customer service throughout this career, and his Image360 business has earned several awards as well, including Outstanding Performance (2007, 2013, 2014) and Operational Excellence (2012, 2014). Mark also stays involved in the community as a member of the Franklin (Tennessee) Noon Rotary (Image360 donates signage for the club’s annual Franklin Rodeo) and the Franklin Elks Lodge, and is a contributing member of the NRA. Mark and Tracey live in Franklin and have four children.

Along with the important milestones in her personal life – such as the November day in 1988 when she and Mark were married, or the birthdates of her children and grandchildren – Tracey also remembers a very significant day in her business life. It was January 31, 2005, when she and Mark opened what was then Signs by Tomorrow and is today, over a half-decade later, the growing company Image360. With a keen attention to detail, a “workaholic” approach to meeting clients’ needs, and a friendly personality, Tracey handles customer service for the business. When she’s not tending to matters at the office, she enjoys spending time with her four children, her grandchildren Audrina and Caden, and the family’s dog Remi and cat Sam.

what our customers say

Always a pleasure to do business with you guys! Always a great product, reasonable price, & personal service!

I didn't use Customer Portal.

Awesome job as always! The signs turned out perfect and were produced quickly to meet our deadline! Thanks guys! Keep up the good work!

7104 Crossroads Blvd.,Suite 121, Brentwood TN 37027
REQUEST A QUOTE OR CONSULTATION
sign up for our e-newsletter

©2020 Alliance Franchise Brands LLC. All rights reserved. The trademarks and copyrighted designs contained herein are the property of the respective owners. Image360® is independently owned and operated. Image360® Centers may or may not perform or offer to perform electrical and/or installation work. If your local center does offer these products and/or services, it is their responsibility to comply with all state and local licensing and regulation code requirements. Your local Image360 can inform you if they perform this work, and if not can refer you to another qualified entity.